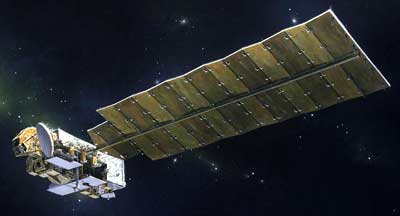 The Aura (formerly EOS Chemistry-1) satellite will focus on measurements of atmospheric trace gases and their transformations. The objective of the mission is to study the chemistry and dynamics of the Earth's atmosphere from the ground through the mesosphere.