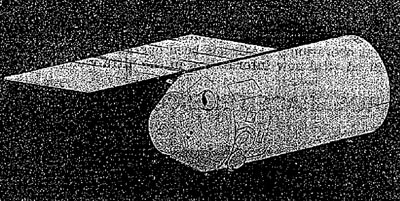 The ELMS (Earth Limb Monitoring System or Earth Limb Measurement Satellite) spacecraft was to be an independent, self-sustaining unit consisting of one experiment and its supporting systems. The 27 m3 spacecraft were to observe earth limb radiances in the long wave-length infra-red and were to have sufficient power to operate continuously over its planned 20-day lifetime. The measurements were to improve the development of future surveillance sensors.

The two satellites were ordered on 18 July 1973 by the USAF from Grumman to be launched on Atlas-F Burner-2 boosters into 500 km circular orbits in 1975 and 1976. Later, the program was cancelled.