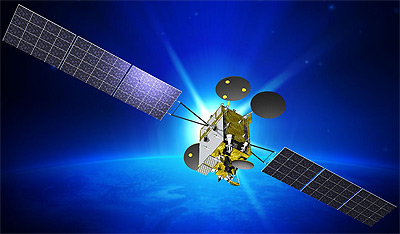 The Express-AM8 Ekspress-1000NTB based satellite will generate 5.9 kilowatts of end-of-life power to a payload consisting of 24 C-band, 12 Ku-band and 2 L-band transponders.

Ekspress-AM8 was originally to be launched in 2012 or 2013 into RSCCs 14 degrees west orbital slot, but was delayed to 2015. It used a Proton-M Blok-DM-03 launch vehicle to be inserted directly into geostationary orbit.