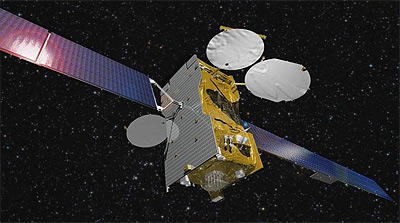 The satellite will operate at 40° east and will carry 36 Ku-band, 24 C-band and two L-band transponders as areplacemt for Ekspress-AM 1. It uses Astriums Eurostar-3000 satellite bus and provides 16 kilowatts to its payload at the end of a planned 15-year service life. It weighs 5,720 kilograms at launch.