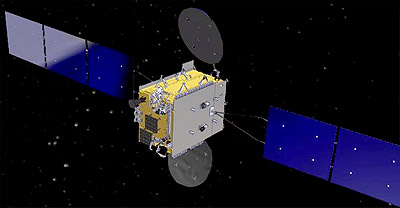 The Ekspress 80 is a communications satellite for Russian domestic communication services owned by RSCC (Kosmicheskiya Svyaz).

The satellite was ordered in May 2016 with the spacecraft itself being built by ISS Reshetnev based on the Ekspress-1000N bus and the communication payload being built by Thales Alenia Space.

Ekspress 80 will operate at 80 degrees east, likely to replace the Ekspress-AM 22 / SESAT 2 satellite.