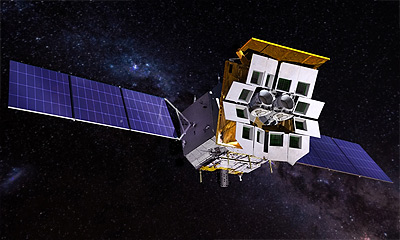 The Einstein Probe is scheduled to launch in mid- to late 2023 to observe distant, violent interactions such as tidal disruption events (in which stars are pulled apart by supermassive black holes), supernovae, and to detect and localize the high-energy, electromagnetic counterparts to gravitational wave events.

The spacecraft, weighing around 1400 kilograms, will be launched into a 600-kilometer-high, low-inclination orbit. The probe will then observe the sky with a Wide-field X-ray Telescope (WXT) with a field of view of 3,600 square degrees, employing cutting-edge "lobster eye" optics to view X-ray events more deeply and widely than previously possible. The spacecraft will have onboard data processing and autonomous followup capabilities, which means that the probe's Follow-up X-ray Telescope (FXT), developed in collaboration with Europe, will be ready to go as soon as WXT detects an X-ray event.

The Einstein Probe mission is managed by the NSSC, with participation from the CAS's NAOC, the Institute of High Energy Physics (IHEP), the Shanghai Institute of Technical Physics (SITP), and the Innovation Academy for Microsatellites, a spacecraft manufacturer that has previously produced space science and Beidou navigation spacecraft.

The European Space Agency is contributing to the mission with a mirror module for the FXT instrument, as well as ground station and science management support. The FXT instrument is also supported by Germany's Max Planck Institute for Extraterrestrial Physics.