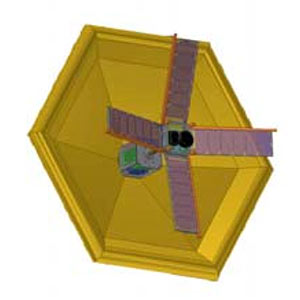 The satellite will deploy a 60 cm gossamer aeroshell.

Also on board will be a GPS receiver for position determination and an Iridium modem for communication via the Iridium constellation.

After deployment of the aeroshell, the orbit began rapidly to decay as intended, leading to reentry on 5 February 2017.