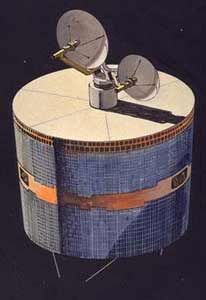 The ECS featured a single transponder with selectable bandwidth of 10, 40, or 120 MHz, input and output independently switchable to either C-band or K-band.

Both satellites were lost shortly after launch during the firing of their apogee kick motors. These small, 130 kg, spin stabilized satellites were not replaced and the Japanese ECS program was terminated.