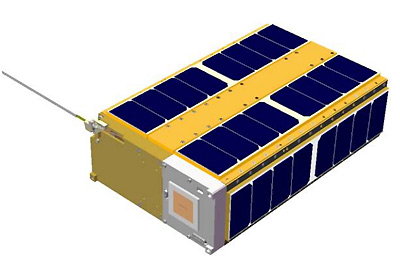 The primary scientific purpose of the EcAMSat mission is to investigate how and whether space microgravity affects the antibiotic resistance of E. coli, a bacterial pathogen responsible for urinary tract infection in humans and animals. Bacterial antibiotic resistance may pose a danger to astronauts in microgravity, where the immune response is weakened. Scientists believe that the results of this experiment could help design effective countermeasures to protect astronauts' health during long-duration human space missions.

EcAMSat is being developed through a partnership between NASA's Ames Research Center and the Stanford University School of Medicine. It will be the first NASA mission in the "6U Cubesat configuration, with six times the volume of a single cubesat unit (1U). The 6U format enhances nanosatellite applicability for space missions by providing more power and volume for instruments, avionics, actuators and propulsion. The larger format improves payload accommodation and extends mission duration capabilities, while still retaining its ability to be launched as a secondary payload.

After launch EcAMSat will be deployed from a specialized dispenser also designed and developed at NASA Ames, called the 6U Nanosatellite Launch Adapter System Dispenser. EcAMSat then will spend a minimum of 45 days in low-Earth orbit completing the experiment and relaying data to the ground.

EcAMSat was competitively selected for development by NASA's Space Life and Physical Sciences Division in 2010 and awarded to NASA Ames and the Stanford University School of Medicine.

EcAMSat was launched on the ELaNa-13 mission on 11 November 2017 on board of Cygnus CRS-8 to the ISS, where it was deployed via the JEM airlock on 20 November 2017.