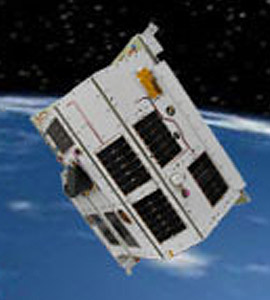 From 2005 to 2007 SpaceDev was working for the Missile Defense Agency (MDA) on the DSE (Distributed Sensing Experiment), a cluster of three microsats to perform tracking of ballistic targets. They were to work in tandem, to provide more capability than a single larger satellite.

The program was cancelled in 2007, but in 2008, ORS funded SpaceDev to modify one of the DSE satellites under the designation Trailblazer as test payload for the Falcon-1 launch vehicle.