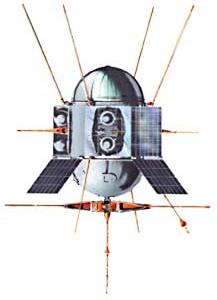 The DS-U2-I satellites were Soviet ionospheric research satellites launched as part of the Dnepropetrovsk Sputnik program.

The first satellite of this type, Kosmos 119 was launched on 24 May 1966 on a Kosmos-2 booster from Kapustin Yar. On 30 November 1966, it decayed from orbit and reentered the atmosphere.

The second satellite of this type, Kosmos 142 was launched on 14 February 1967 on a Kosmos-2 booster from Kapustin Yar. On 6 July 1967, it decayed from orbit and reentered the atmosphere.

The third satellite of this type, Kosmos 259 was launched on 14 December 1968 on a Kosmos-2 booster from Kapustin Yar. It decayed from orbit within a few weeks of its launch, reentering the atmosphere on 25 July 1970.