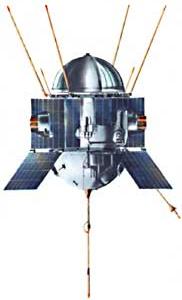 The DS-U2-D satellites were a series of Soviet technology demonstration satellites launched as part of the Dnepropetrovsk Sputnik program.

These satellites were to investigate flows of charged particles in the Earth's magnetosphere.

A second satellite, Kosmos 219 was launched on 26 April 1968 also on the same launch vehicle type. It completed operations on 28 February 1969 and reentered the atmosphere on 2 March 1969.