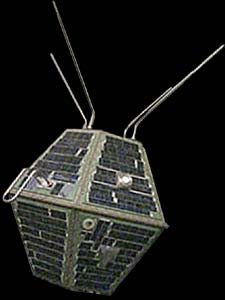 The DS-P1-M satellite, codenamed Tyulpan and Lira, was a second generation ASAT target satellite for tests of the IS-A interceptor satellite.

The 643 kg satellite was developed by OKB-586 (later KB Yuzhnoe) based on previous radar calibration satellites. It featured a pressurized body, armoured with protective plates and was equipped with a shrapnel detection system to register the impact of the IS-A interceptor satellite and orbit parameter sensors. Data from the intercept was relayed to a ground station via the Tral-P2-82 telemetry system. The Lira satellites were designed to withstand up to three intercept attempts.

16 satellites were launched between 1970 and 1982 from the Plesetsk cosmodrome on Kosmos-3M boosters. Two failed to reach orbit.