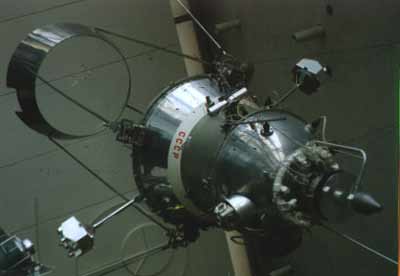 The DS-MO series of satellites consisted of two small Yuzhnoye designed satellites to evaluate aerodynamic systems for stabilization and orientation of spacecraft.

The satellites were the first spacecraft to use aerodynamic attitude control and were developed based on the Yuzhnoye DS satellite designs. They featured an extendable aerodynamic skirt stabilizer, earning therefore the nick name "Space Arrow".

Additionally, the satellites carried a set of scientific instruments for atmospheric sciences:

The instrument set consisted of:

The first spacecraft, Kosmos 149, was launched on 21 March 1967 on a Kosmos-2 booster from Kapustin Yar. It remained operational in orbit until 7 April 1967.

The second satellite was never launched for reasons not known.

A third satellite, Kosmos 320 was launched on 16 January 1970 on the same launch vehicle type. It remained operational until reentry on 10 February 1970.