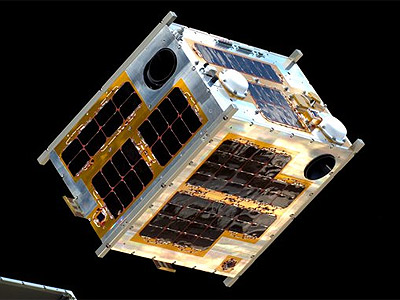 Diwata 1 is the Philipines' first microsatellite designed, developed, and assembled by Filipino researchers and engineers under the guidance of Japanese experts from Hokkaido University and Tohoku University. The satellite is designed to provide real-time images for disaster risk management and other applications.

The potential uses of Diwata 1 include: improved weather detection and forecasts, disaster risk management, detecting agricultural growth patterns, and the monitoring of forest cover, mining, protection of cultural and historical sites, and the territorial borders of the Philippines.

Diwata 1 was launched in March 2016 onboard of Cygnus CRS-6 to the ISS, were it was deployed later on 27 April 2016 using J-SSOD (JEM Small Satellite Orbital Deployer) from the Japanese JEM (Kibo) module.

Part of the three-year program is the development of a second microsatellite, Diwata 2, to be completed in late 2017 and to be launched in 2018. Compared to Diwata-1, which hosted wide and middle field cameras, Diwata-2 will host enhanced resolution cameras and an amateur radio payload for disaster relief purposes.