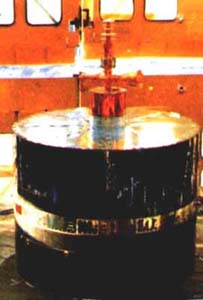 After an initial CZ-3 launch failure in January, 1984, the first Chinese GEO satellites were deployed in April, 1984, and February, 1986, to 125 degrees E and 103 degrees E, respectively. Both satellites apparently continued to operate until 1990-1991, by which time they had been replaced by the operational DFH-2A series.

The DFH-2 was a spin-stabilized, drum-shaped satellite with a diameter of 2.1 m and a height of 3.1 m. The total electrical power capacity was assessed to be about 284 W.