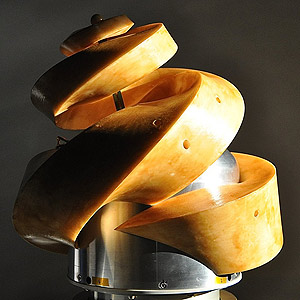 The DESPATCH (Deep Space Amateur Troubadours Challenge) space probe was an art project of the Tama Art University. It is the second mission of the "ARTSAT: Art and Satellite Project".

The sculpture, which is 50 by 50 by 45 cm with a mass of 32 kg, was developed at the Tama Art University using a 3D Printer. The containment vessel carried a CW beacon in the 435 MHz band using an omni-directional antenna. The satellite should provide the ultimate in ham radio DX reception when at its maximum operational distance of 3 million km from Earth about a week after launch. Being battery powered without solar panels it had a low transmit cycle to maximize the lifespan.

The ARTSAT2 Deep Space sculpture DESPATCH was launched 2 December 2014 on a H-2A-202 rocket with the asteroid explorer Hayabusa 2 as the main payload and two more secondary payloads.

After launch, DESPATCH got the additional designation Fuji OSCAR 81 (FO 81).