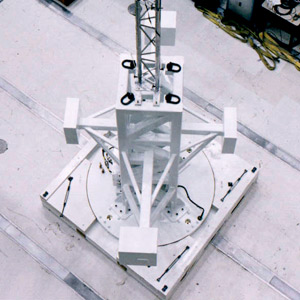 DemoSat was the dummy payload on the first Boeing Sea Launch mission. The Zenit-3SL booster rocket lifted off from the Odyssey floating platform on the equator at 154 degrees W longitude.

The DemoSat payload was an instrumented dynamic model of an HS-702 satellite built by Boeing Commercial Space/Kent. The spacecraft consisted of just a 4.5 ton assembly of pipes and plates simulating a HS-702 spacecraft. Thirteen minutes after launch, the Blok DM-SL upper stage completed its first burn and entered a 180 km × 735 km × 1.2 degree parking orbit. A second burn 47 minutes after launch placed the satellite in a 638 × 36064 km × 1.2 degree geostationary transfer orbit. Three hours later, a third DM-SL burn lowered the stage's perigee so that it would re-enter quickly.

DemoSat was to feature as a last minute add-on the NATSweb (Naval Academy Tracking Satellite, Weber State) communication payload of the Naval Academy satellite program, but the addition would have required a complete a total re-submission by Boeing for their entire Sea Launch System as the launcher's Export License (completed a year before) did not include an active payload. Therefore the NATSweb was not included in the launch.