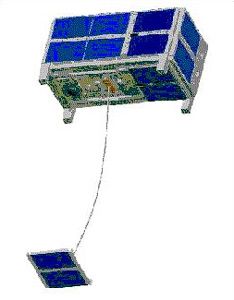 CUTE-1.7 (Cubical TITech Engineering Satellite) is a follow-on CubeSat project to CUTE-1 (launch 30 June 2003 and operational as of 2005) developed mainly by students of LSS (Laboratory for Space Systems) at the Tokyo Institute of Technology, Tokyo, Japan.

The CUTE-1.7 design depends on commercially finished products rather than only on commercial grade electric components. Specific mission goals are: