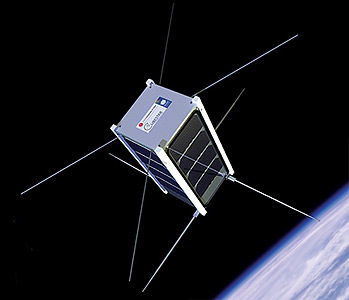 The Norvegian CubeSTAR () is a 2 unit CubeSat is a Norwegian satellite project conducted at the University of Oslo (UiO) as a collaboration between the Space and Plasma Physics research group and the Electronics department.

The purpose of the project is to perform a technology demonstration of a new patented instrument; the multiple-Needle-Langmuir Probe (m-NLP). The instrument is designed to be able to perform electron density measurements with high spatial resolution.

During solar storms, turbulent electron clouds are formed in the ionosphere, causing strong coherent backscatter echos and scintillations in the ionosphere above the polar regions. The phenomenon of electron clouds are far from fully understood. Research in this area gives the knowledge that can later be used to notify space weather, and to improve equipment such as GPS receivers. CubeSTAR will measure and quantify the structures in the electron clouds and improve the resolution 2000-fold, from todays seven kilometers down to the meter level.