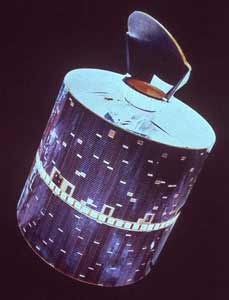 CS-2a or Sakura 2A was launched by the National Space Development Agency of Japan (NASDA) on a N-2 Star-37E from the Tanegashima Space Center. It was a business communications satellite, placed in a geostationary orbit at 132° East. It was part of the establishment of domestic satellite telecommunications network mainly for natural disasters, emergencies and for remote islands submillimeter wavelength and microwavelength signals.

CS-2b or Sakura 2B was launched on a N-2 Star-37E by Japan. It provided a reserve satellite on the orbit of CS-2A.