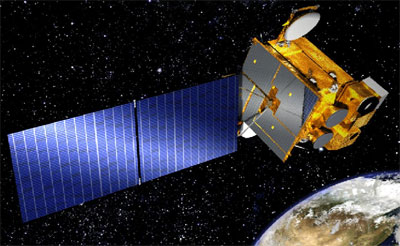 EADS Astrium has been awarded a contract in May 2005 from the Korea Aerospace and Research Institute, KARI, to design and manufacture the first Korean multi-function geostationary satellite COMS (Communication, Ocean and Meteorological Satellite) or Cheollian (천리안).

The highly advanced COMS satellite has three payloads; one for meteorology, one for ocean observation and one for communications. COMS will provide meteorology data to end-users around the globe, oceanography data for the Korean peninsula and experimental communications services in Ka-band, all from its orbital locations 116º and 138° East.

As prime contractor for COMS, EADS Astrium will be responsible for the design and build of the satellite including both the meteorology and ocean imagers - the communications payload will be provided by KARI in Korea, as a Customer Furnished Equipment.

The spacecraft will have a launch mass of 2.4 tons and a spacecraft power of 2.5 kW at end of life. The satellite, operating from geostationary orbit, will provide services for a minimum of seven years. COMS is primarily based on EADS Astrium's Eurostar-3000 spacecraft platform.

COMS is KARI's first geostationary satellite and will provide Korea with its own meteorology and ocean data thus giving increased independence. COMS is part of a 15-year Korean space plan begun in the 1990s, and followed systematically ever since.