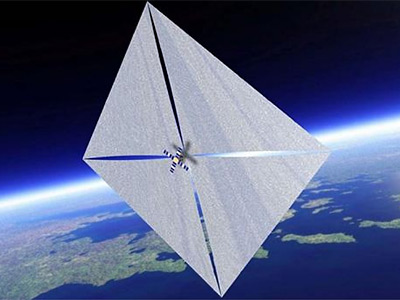 The purpose of the CNUSAIL-1 is to successfully deploy the solar sail in Low Earth Orbit (LEO) and to perform de-orbiting using the sail membrane as a drag-sail. Deployment systems consist of quadrant sail membranes, four steel booms, and a spiral torsional. To produce high propellant, Kapton sheet with ultra-thin thickness (about 0.25 µm) is prepared as the sail membranes. The proposed Steel booms are C-shaped with 0.2 mm wall thickness and have a weight of 72 g per meter. The booms in the CNUSAIL-1 have 1.42 m length when fully deployed.

The satellite was to be launched as a secondary payload on a Falcon-9 v1.2 rocket, but was later moved to a PSLV-XL rocket. It wass expected to operate for three months.