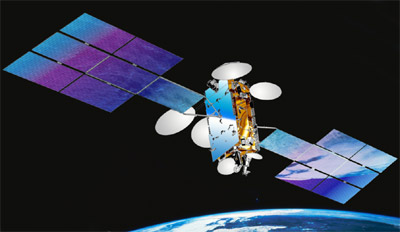 Ciel Satellite announced in March 2006, that Alcatel Alenia Space has been chosen to construct a new spacecraft to be known as Ciel-2. The geosynchronous satellite will be operated by Ciel from 129 degrees West and deliver services throughout North America.

Alcatel built the Spacebus-4000C4 spacecraft based on proven technology that has been utilized in four successfully deployed satellites. The C4 is the largest Spacebus class satellite built so far. A number of innovations complement the design; the all Ku-band satellite features high frequency re-use and both regional and spot beams. The Ciel-2 satellite was launched in late 2008 and is to operate for at least 16 years. Ciel Satellite was awarded the license for 129 degrees West from Industry Canada in October 2004.