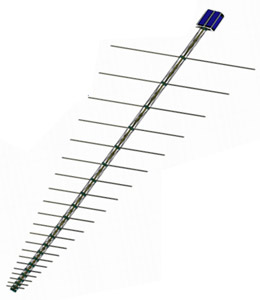 The CubeSat VHF pulse transmitter to study the Ionospheric dispersion Radio Pulses (CHIRP) is a pathfinder mission concept for space-based radio detection of ultra-high energy cosmic rays (UHECRs). A low Earth orbiting observatory concept, called the Synoptic Wideband Orbiting Radio Detector (SWORD), is designed to increase the exposure to UHECRs with energies above 1020 eV by more than a factor of 10 over the current state of the art. SWORD is designed to detect the wicleband pulses produced by geo-synchrotron radio emission of cosmic ray air showers in the VHF band (30-300 MHz). The main obstacle for detection is the dispersion of radio pulses due to propagation through the ionosphere. Real-time de-dispersion of wide-band VHF pulses is a key technology required to enable SWORD. Simulation studies have quantified the mission's ionospheric dispersion effects and de-dispersion requirements. CHIRP is designed to provide test signals similar to cosmic ray induced radio pulses that propagate through the ionosphere to validate de-dispersion algorithms.

The CHIRP satellite consists of a deployable 30-300 MHz log-periodic dipole antenna that is 4.7 meters in length with 3.7 meter longest dipole element. The antenna is stowed in a 1.5U volume of the 6U CubeSat bus, which contains the impulse generator and instrument support systems including the GPS, attitude determination control, micro-controller, power, and telemetry subsystems.

CHIRP transmits impulsive signals through the ionosphere to a receiver in Kaena Point, Hawaii. During transmission, the CHIRP payload records flight data including GPS position and timing along with attitude knowledge. The flight data would be downlinked at the Wallops Flight Facility and transferred to JPL. The CHIRP impulses recorded in Kaena Point is transferred to JPL where it is combined with the flight data for analysis. The mission operations are run out of JPL where the receiver at Kaena Point can be configured remotely and the CHIRP commands are generated to be uplinked via Wallops Flight Facility.

The CHIRP satellite was apparently not funded and cancelled.