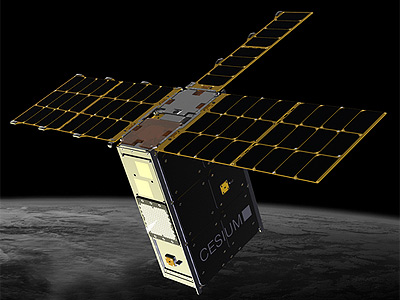 Cesium Mission 1 (CM1), consisting of Cesium Satellite 1 and 2, is CesiumAstro's first mission to launch and operate their own hardware in space. CM1 provides an on-orbit platform that consists of two satellites for customer experiments that push the boundaries of small satellite communication. In addition, it gives Cesium the capability to demonstrate advanced features of our technology such as dynamic waveform switching and dynamic link optimization. With the launch of Mission 1, Cesium will have a complete commercial phased array communication system as well as an inter-satellite link in LEO.

Cesium Satellite 1 and 2 are 6U CubeSats with Cesium Nightingale 1 active phased array and inter-satellite link payloads. The spacecrafts have a high-accuracy attitude system with a star tracker and a state-of-the-art electric propulsion system.

Both satellites were successfuly launched as secondary payloads on an Atlas-5(401), but both experienced power failures.