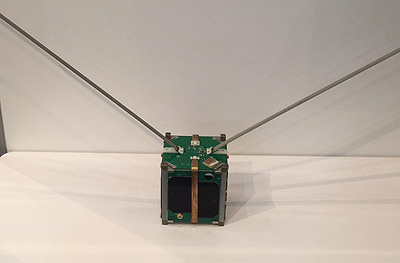 Centennial 1 is a single unit CubeSat (1U) developed by Booz Allen Hamilton in partnership with the Air Force Research Laboratory.

The satellite is developed as an internal company technology demonstration experiment to test a small optical sensor package including small photodetectors and a small camera as payload on a 1U cubesat. The name remebers Booz Allen Hamilton's one hundredth year as a corporation. Centennial-1 is designed and built by staff engineers and college interns.

Centennial-1 will take part in a series of experiments for the Air Force Research Laboratory in which a ground - based laser will image the satellite as part of an evolutionary process to develop space situational awareness technology. Centennial-1 carries an onboard photon detector to measure laser energy received at the satellite.

Centennial-1 will also capture on-orbit imagery and transmit it back to a ground station. The satellite is planned to operate only when over the US under an experimental licence from the FCC.

Centennial-1 hitched a ride on a resupply craft headed for the International Space Station (ISS), where it was deployed on 15 July 2015 in an orbit similar to the station's orbital path. The satellite reentered on 6 January 2016.