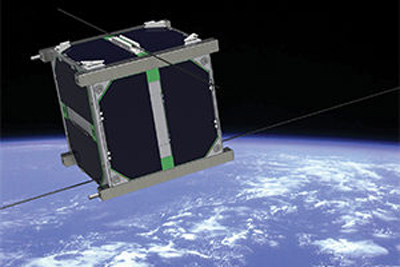 CELESTA (CERN Latchup Experiment STudent sAtellite) or ROBUSTA 1D (Radiation on Bipolar Test for University Satellite Application) is a Cubesat project of the University of Montpellier II. The mission of ROBUSTA is to test the CERN radiation monitor (RadMon).

CELESTA will be the first CERN-driven microsatellite, developed in collaboration with the University of Montpellier in the framework of a collaboration agreement defined and signed in 2015.

The project, supported through the KT Fund, has two main objectives: one is developing and flying a space version of CERN radiation monitor (RadMon) coupled with a latch-up experiment; the second is showing that the space radiation environment of Low Earth Orbit can be reproduced in the CERN High energy AcceleRator Mixed field facility (CHARM). This would open the use for space system qualification activities, and provide a radiation monitor module for future missions.

The payload proposes a two-fold test setup of a combined radiation monitoring unit coupled together with a latch-up test station. While the former is based on CERN RadMon used in challenging mixed field radiation environments at high-energy accelerators, the latter will focus on latch-up measurements of memory components, of particular interest for accelerator applications, but involving also application areas such as ground (avionic, train and car industry) as well as space.

Both, the proposed test setup, as well as the entire CubeSat will be qualified in a representative radiation field available in a new CERN radiation test facility (CHARM). This test facility allows not only to fully reproducing the mission radiation environment, but at the same time also provides additional test locations with particle energy spectra representative for high- and low-altitude atmospheric, accelerator and other applications. In this sense, while being a student project in collaboration of CERN, the University of Montpellier, the Van-Allan Foundation as well as ESA, the combined application and expertise of the CERN Radiation Monitor (RadMon) as well as the new radiation test facility CHARM, may lay the ground for future KT related projects.

The platform and the Ground Segment of the mission will be provided by the Centre Spatial Universitaire (CSU) of the University of Montpellier, while the payload will be developed and provided by CERN (coordinated by KT and the R2E project). The microsatellite will be based on the ROBUSTA cubesat.