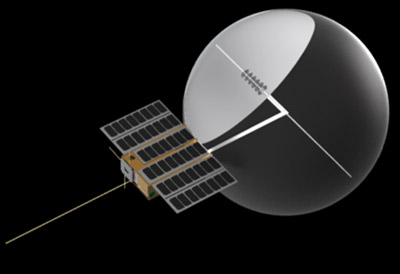 CatSat is a 6U CubeSat mission developed by the University of Arizona, Tucson, as a technology and science demonstration mission that will be used to deploy and demonstrate an inflatable one-meter spherical antenna in Earths orbit.