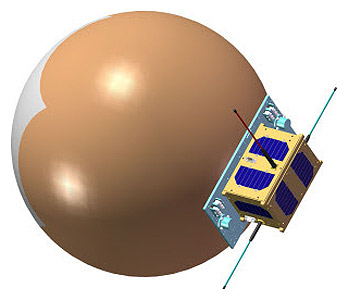 The satellites are based on an 1.5U CubeSat structure, but modified with a larger base plate. It will deploy an inflatable balloon, which stays attached to the satellite to provide passive aerodynamic stabilizazion.

The first of the two satellites to be launched is CAS 7B or BP 1B, which flew on the new, privately developped Hyperbola-1(1) launch vehicle. Because of the orbital apogee and the size and mass of the satellite, the orbital life of the satellite is expected to be only one week, up to a maximum of one month, which will also provide with an opportunity for hams to track and monitor satellite entering the atmosphere.

The second satellite, CAS 7A or BP 1A, was to fly later in 2019 as a back-up for the first one, but the launch has not taken place so far.