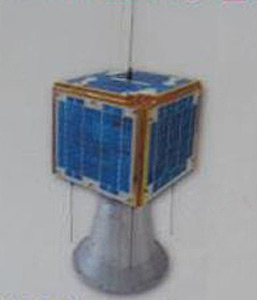 The amateur communications payload consists a linear transponder. There will be a radio link between two satellites when the satellites are in suitable positions in their orbits, so that the amateur radio communication coverage can be extended.