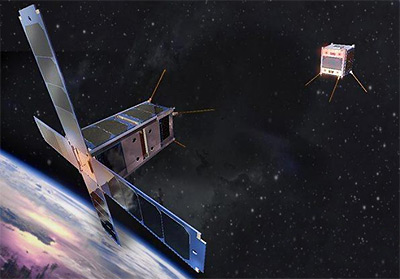 CANYVAL-X (CubeSat Astronomy by NASA and Yonsei using Vision ALignment eXperiment) is a mission consisting of an 1U and a 2U cubesat developed at Yonsei University, South Korea in collaboration with NASA.

The CANYVAL-X project has an aim of demonstrating the Vision Alignment System by maintaining flight formation of two seperated CubeSats and ultimatley prove a possiblity of virtual telescope system which is consisted of the optic satellite to focus a light from the sun and the detector satellite.

The satellites were to launched as secondary payloads on a Falcon-9 v1.2 rocket, but was later moved to a PSLV-XL rocket. They are expected to operate for three to six months.