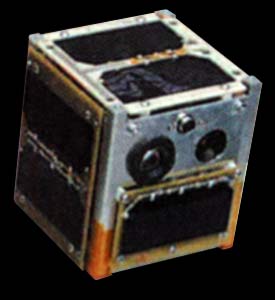 The CanX-1 (Canadian Advanced Nanospace eXperiments) PicoSatellite Mission is the first in a series of CubeSat Missions at the University of Toronto. The Canadian Advanced Nanospace eXperiments (CanX) promote the development and testing of low-cost space technologies and push the envelope of performance that can be achieved with small low-power devices. The first mission, CanX-1, will launch in mid 2003 and will demonstrate key enabling technologies for future missions including:

The satellite is a 10 cm cube, with a mass less than one kilogram. The satellite generates about two Watts of peak power using direct energy conversion. More power is available when peak power tracking is enabled.