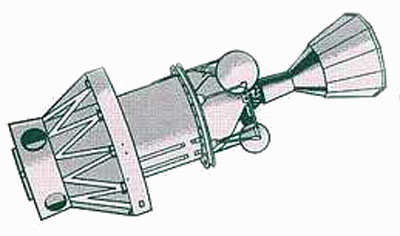 A piggy-back experiment called CAMEO (Chemically Active Material Ejected in Orbit) was included in the Nimbus-G launch. This Goddard Space Flight Center experiment weighted approximately 89 kg and consisted basically of one lithium and four barium gas canisters. These gases were released at orbital altitudes in order to facilitate the study of the boundary structure between the polar cap and the auroral belt, and to evaluate orbital velocity effects on neutral and ion clouds. The CAMEO remained attached to the second stage of the Delta vehicle.

Four successive thermite barium releases at an altitude of 965 km over polar cap invariant latitudes 84 to 76 deg near magnetic midnight were conducted from the orbiting second stage of the vehicle that launched Nimbus 7 the releases were made as part of the CAMEO (Chemically Active Material Ejected in Orbit) program. This was the first opportunity to observe the behavior of conventional barium release when conducted at orbital velocity in the near-earth magnetic field. The principal unexpected characteristic in the release dynamics was the high, 1.4 to 2.6 km/s, initial Ba expansion velocity relative to an expected velocity of 0.9 km/s. Attention was also given to neutral cloud expansion, initial ion cloud expansion, convective motion, and the characteristics of field-aligned motion. The possibility of measuring parallel electric fields over the polar cap by observing perturbations in the motion of the visible ions was assessed.