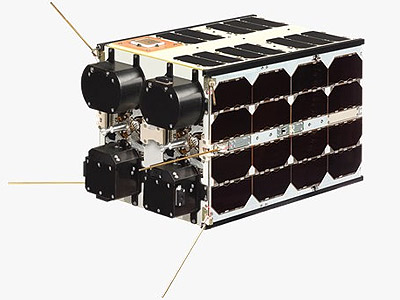 The CaLeMPSat mission will test miniature HETs that operate at power classes far below the 100W-class thrusters of todays satellite industry. The research payload will consist of a 60 W HET, an integrated 30 W HET (in a 1.5U volume), and two 10 W Hall Effect Micro Jets (HEM-Jets). A 3-axial, 5-nozzle cold gas thruster will round out the experimental thruster payload.

The consortium will test additional miniaturized systems for plasma propulsion including:

Miniaturized HETs will allow nano-satellites to perform high-impulse maneuvers such as orbital maintenance or formation flying as well as the decommissioning maneuvers needed to minimize space debris.

NanoAvionics will provide its flight-proven nano-satellite bus in a 12U configuration, of which CaLeMPSat will occupy more than 9U of payload volume. To support that payload, the nano-satellite bus will provide an average orbit power generation exceeding 20W as well as UHF and S-band communications. The spacecrafts orientation will be managed by NanoAvionics Attitude Control and Determination System which includes reaction wheels, magnetorquers, an IMU, GPS, solar sensors, and a star tracker.

NanoAvionics has committed to deliver the satellite bus before the end of February 2020 and SpaceSATS and its partners are targeting launch of CaLeMPSat in late 2020.