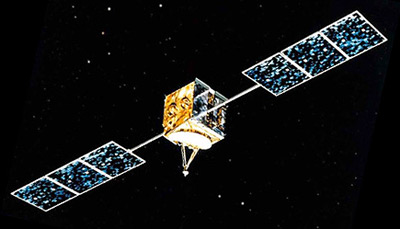 The BS-3 or Yuri 3 satellites were a series of Japanese direct broadcasting satellites.

The BS-3 were launched to replace the broadcasting serices of the BS-2, responding to growing broadcasting needs while developing technologies for more advanced broadcasting satellites. They were used for broadcasting and test broadcasting with high-definition television. In 1993, the program was spun off from NASDA to the Broadcasting Satellite System Corporation of Tokyo (B-SAT).

The satellites were based on GE Astro's AS-3000 bus and carried a NEC built broadcasting payload consisting of three active high power Ku-band transponders with three spares.

The successor of these satellites were B-Sat's BSat 1a and 1b satellites.