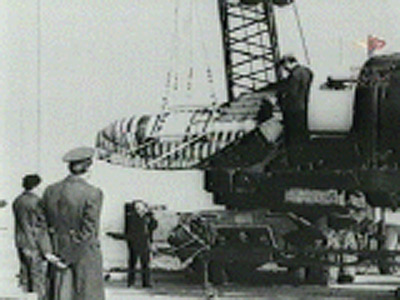 In 1973 the VPK initiated the BOR (Bespilotniye Orbitalniye Raketoplan) program to investigate the hypersonic aerodynamic characteristics of lifting-body and heat shield materials for the crewed Spiral lifting body spacecraft.

1:3 and 1:2 subscale models of the Spiral were built, which had, unlike the full-scale model, fixed wings and were designated BOR (unpiloted orbital rocketplane). BOR-1, BOR-2, and BOR-3 were increasingly sophisticated models of the configuration, flown on suborbital trajectories.

The vehicle was launched on K63D boosters from the Vladimirovska Poligon south of Kapustin Yar.