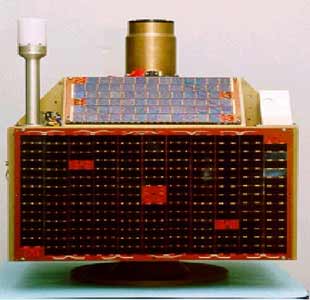 Badr-2 was developed in collaboration with UK industry and science institutes. Instruments monitor clouds to high resolution, and atmospheric atomic oxygen. Badr B is box shaped with side dimensions of 51 cm × 51 cm × 46.5 cm and features a gravity gradient stabilization system. The satellite weighs 68.5 kg and is built and designed in Pakistan with some foreign sub-systems. The camera was developed by RAL in the UK.

Besides the earth observation mission, Badr-B also used a radiation dosimeter to measure the exposure of Sun's ionizing radiation and, ans also studied the electromagnetic field of Earth. The Badr-B also conducted studies on battery charge when it is exposed to Solar flare and Solar winds.

Badr-B was launched with the Meteor-3M 1 meteorological satellite on a Zenit-2 launcher from Baikonur Cosmodrome on the 10 December 2001, into a 996 × 1050 km sun-synchronous orbit inclined at 99.7°. Other piggyback payloads on the same launch were Kompass, Maroc-Tubsat and Reflector.