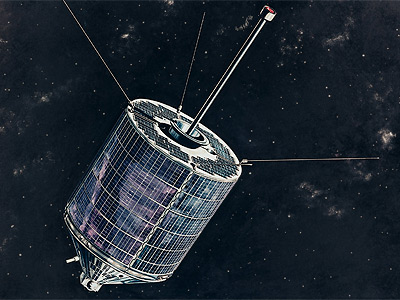 The magnetically aligned spacecraft Azur, a.k.a. GRS A (German Research Satellite), launched into a near-polar orbit in November of 1969, was a product of a joint effort by NASA-GSFC and the German Bundesministerium für Wissenschaftliche Forschung (BMWF) and had as its primary purpose the acquisition of terrestrial radiation belt data. Specifically, the scientific mission of the spacecraft was as follows:

After about 24 hours in orbit, a command system instability developed and persisted intermittently throughout the flight. The tape recorder failed on 8 December 1969. Prior to this failure, the German project office estimated that 85 - 90% Solar Physics operating normally until the spacecraft telemetry system malfunctioned in on 29 June 1970 after seven month on orbit.