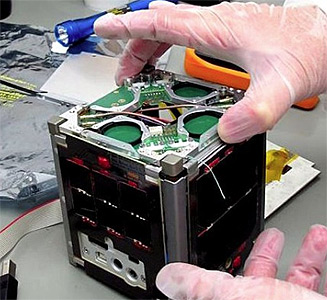 The AztechSat 1 is a 1U CubeSat technology demonstration developed by UPAEP that will use the low-Earth orbit satellite constellation Globalstar for satellite phone and low-speed data communications.

The satellite is being developed with support of NASA and the Mexican Space Agency (AEM).

It was selected in 2018 by NASA's CubeSat Launch Initiative (CSLI) to be launched as part of the ELaNa program. It was launched on board of Dragon CRS-19 to the ISS, where it was deployed on 19 February 2020.