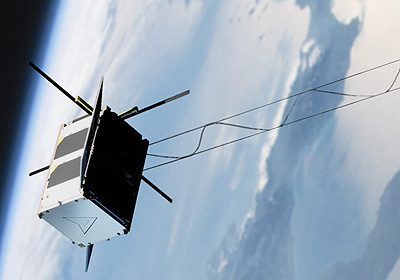 The AuroraSat 1is an 1.5U CubeSat a technology demonstrator for Aurora Propusion Technologies' water-fueled thrusters for in-space propulsion.

The satellite was built by SatRevolution.

The satellites primary payloads are ARM-A and APB modules. Were proud that these modules are true to our original goal of providing reliable, volume and weight efficient propulsion and deorbiting capabilities.