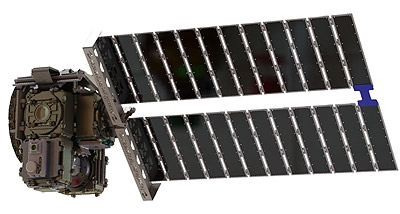 Athena is a joint climate change program between NovaWurks, NOAA, NASA, and the Air Forces Space and Missile Systems Center will measure solar energy that Earth reflects and absorbs, gathered via a very small telescope attached to a NovaWurks Payload Accommodation Configuration (PAC). Athena will test the quick-turnaround capability of technology that supports more complicated missions

The Athena project will develop, launch and operate an Earth Radiation Budget technology demonstration sensorcraft, which will demonstrate viability of NovaWurks Sensorcraft architecture based on SIMPL and eXCITe to support future USAF/NOAA/NASA missions, serve as a pilot opportunity for transformational activities within LaRC (SPIN, FIREFLY) and across Agencies, demonstrate on-orbit CONOPS and observational capability and serve as a risk reduction opportunity for future Athena+ and DEMETER science missions. The instrument will be a simplified and lighter version of the CERES (Clouds and the Earth Radiant Energy System) instrument, flown on TRMM, EOS-AM 1 (Terra), EOS-PM 1 (Aqua), NPP Suomi and NOAA 20.

Originally a launch as a secondary payload on the JPSS 2 mission on an Atlas-5(401) was planned, but it was transferred to the STP-28C mission on a LauncherOne.