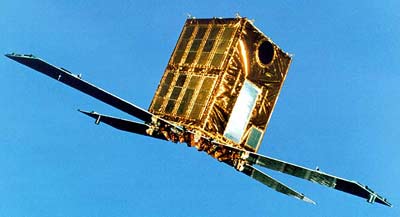 The spacecraft provides a three-axis stabilized platform. The primary mission objective was the study of the time variability of X-rays from active galaxies such as Seyfert galaxies, BL Lac objects, and quasars. Accurate timing analysis of galactic X-ray sources was also planned.