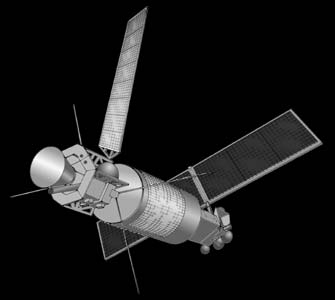 Included in the instrumentation was a celestial mapping infrared scanner to test the closed loop radiator / pump cooler and to gather celestial background radiation. The spacecraft was equipped with a 4.57 m flexible roll-up solar cell array with multiple delay-retract cycles so that the mechanics of the system and its long-term power generation characteristics could be tested. The spacecraft also tested a command and control system and obtained data on the interaction of energetic particles with the ionosphere.

The main experiments were: