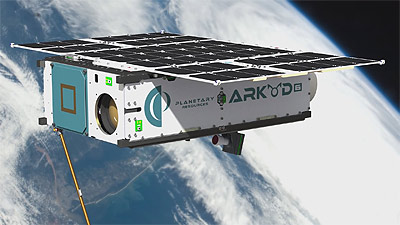 Arkyd 6A (A6) [Planetary Resources]

Planetary Resources' Arkyd 6A or A6A is a technology demonstration nanosatellite based on the 6U CubeSat form factor for the planned Arkyd-100 asteroid prospecting astronomy satellites.

The satellite tested systems for the Arkyd-100 satellites, especially core technology to measure resources on water-rich asteroids. Included in the payload is a mid-wave infrared imaging system, able to precisely measure temperature differences of the objects it observes, as well as acquire key data related to the presence of water and water-bearing minerals. The system will first test targeted areas of the earth before being deployed to near-Earth asteroids on future missions.

It is unclear, if the second satellite will be launched. It likely has been cancelled.