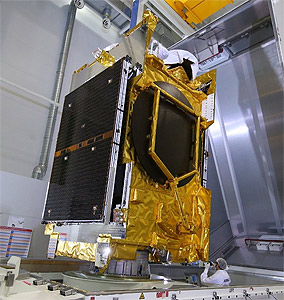 South Koreas Defense Acquisition Program Administration (DAPA) contracted with Lockheed Martin in 2014 for a military comsat, which was as part of an offset package into the purchase of 40 F-35 combat aircraft. Lockheed Martin decided not to build the satellite by themseves, but subcontracted it in 2016 to Airbus Defence and Space after encountering difficulties in building the KMilSatCom satellite for the contracted price.

No details of the satellite's payload are publically known by now.

The satellite is planned to be launched in 2020.