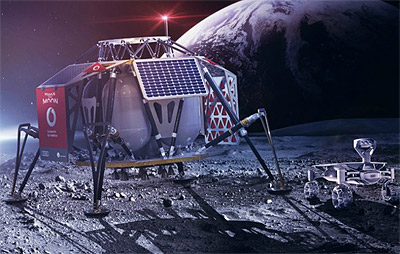 The ALINA (Autonomous Landing and Navigation Module) is a lunar lander developed by the German PTScientists. It was originally an entry to win the Google Lunar XPRIZE (GLXP) by the non-profit organisation Part-Time-Scientists (PTS), later reaorganized as the commercial Planetary Transportation Systems (PTS).

PTScientists filed for bankrupcy in July 2019. In August 2019 it announced, it has been restructured through a management-buyout by the Zeitfracht-Unternehmensgruppe, allowing it to continue operations as the commercial Planetary Transportation Systems (PTS). Status of the ALINA project is unclear.