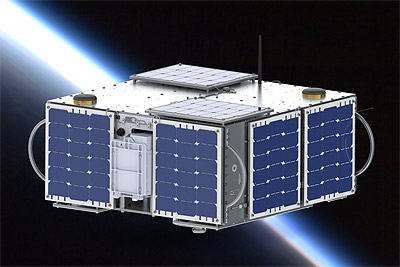 The AggieSat4 (AGS4) spacecraft, a bigger 50 kilogram satellite, for the second mission of the LoneStar campaign. LoneStar Mission 2 consists of AGS4 and Bevo-2 from UT Austin.

With Bevo-2 being a 3-U cubesat integrated into AggieSat4, the combined spacecraft were delivered to JSC for launch as soft stowage on the a cargo craft and release from the International Space Station (ISS) in 2015 via JSCs new SSIKLOPS release mechanism.

It was launched onboard of the Cygnus CRS-4 cargo craft towards the International Space Station (ISS), from where it was deployed on 29 January 2016 via the Space Station Integrated Kinetic Launcher for Orbital Payload Systems (SSIKLOPS). The Bevo-2 subsatellite was ejected prematurely and was apparently not activated.