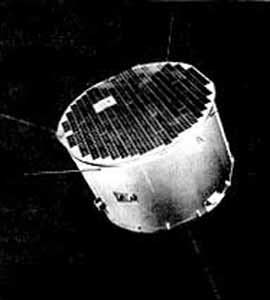 The two Aeros satellites were joint German Bundesministerium für Bildung und Wissenschaft and NASA mission to study the aeronomy i. e. the science of the upper atmosphere and ionosphere, in particular the F-region under the strong influence of solar extreme ultraviolet radiation.

The Aeros satellites had a circular cylindrical shape, 0.91 m in diameter and 0.71 m in height. It was launched into an elliptical, polar, nearly sun-synchronous earth orbit. The spacecraft was spin stabilized at 10 rpm and oriented with the spin axis toward the sun. The satellites were built by Dornier.

AEROS A and B carried identical instrumentation only the instrument measuring short scale varaiations of the electron density didn't work on A. Following experiments were on board:

A more sophisticated follow-on mission, Aeros C, was planned for the late 1980ies, but was cancelled.