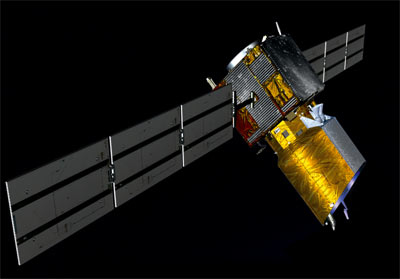 Aeolus' instrument is Aladin (Atmospheric LAser Doppler INstrument), a direct detection lidar incorporating a fringe-imaging receiver (analysing aerosol and cloud backscatter) and a double-edge receiver (analysing molecular backscatter). The mission is named after the mortal in Greek legend appointed by the gods as keeper of the winds.

Astrium is prime contractor for the mission, and also responsible for the ADM-Aeolus instrument Aladin, and platform electrical architecture and subsystems. The contract was signed in 2003 for a launch in 2007. Due to massive problems during development of the Aladin Lidar, the launch slipped to 2018.

In May 2019 it was announced, that Aeolus' prime laser is now degrading and has already lost half its power. Engineers plan to switch Aeolus to its back-up light source in June to see what difference this could make. If the same issues arise, the spacecraft may not be able to complete the minimum three years expected of the mission.